Barge Holidays on the rivers of England

Barge holidays on rivers of England are largely the same as cruising on the canals, and since they frequently interconnect, you will find that most of the boats available for hire are in fact canal boats and barges. 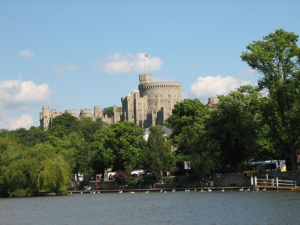 However, certain rivers such as the Thames, do have a life of their own and it is possible to hire cabin cruisers from companies based on them. For the most part, these cruisers are comfortable GRP moulded craft and identical in every way to the boats based on the Norfolk Broads.

River navigations are considered ‘easier’ than the canals, mainly since they have less locks. The rather more open spaces make the driving nominally easier and certainly there is less work to do, particularly as most river locks tend to be either automated or operated by a lock-keeper. 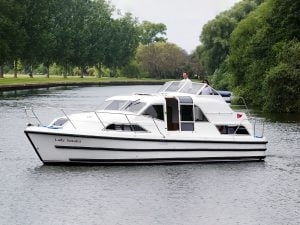 The downside to river cruising can be the delays caused by local flooding following heavy rain. This is rarely serious, but navigation can be stopped by the authorities if the river levels rise above certain safety levels.

Rivers all have their own idiosyncrasies and so the links below will take you to the websites of suitable operators based on each of them.

Read all about Kris cruisers, beautiful cruisers based on the River Thames at Windsor.

This is a notification that can be used for cookie consent or other important news. It also got a modal window now! Click "learn more" to see it!

We may request cookies to be set on your device. We use cookies to let us know when you visit our websites, how you interact with us, to enrich your user experience, and to customize your relationship with our website.

Click on the different category headings to find out more. You can also change some of your preferences. Note that blocking some types of cookies may impact your experience on our websites and the services we are able to offer.

These cookies are strictly necessary to provide you with services available through our website and to use some of its features.

Because these cookies are strictly necessary to deliver the website, refuseing them will have impact how our site functions. You always can block or delete cookies by changing your browser settings and force blocking all cookies on this website. But this will always prompt you to accept/refuse cookies when revisiting our site.

We fully respect if you want to refuse cookies but to avoid asking you again and again kindly allow us to store a cookie for that. You are free to opt out any time or opt in for other cookies to get a better experience. If you refuse cookies we will remove all set cookies in our domain.

We provide you with a list of stored cookies on your computer in our domain so you can check what we stored. Due to security reasons we are not able to show or modify cookies from other domains. You can check these in your browser security settings.

These cookies collect information that is used either in aggregate form to help us understand how our website is being used or how effective our marketing campaigns are, or to help us customize our website and application for you in order to enhance your experience.

If you do not want that we track your visit to our site you can disable tracking in your browser here:

We also use different external services like Google Webfonts, Google Maps, and external Video providers. Since these providers may collect personal data like your IP address we allow you to block them here. Please be aware that this might heavily reduce the functionality and appearance of our site. Changes will take effect once you reload the page.

The following cookies are also needed - You can choose if you want to allow them: